Sadzot is an insignificant village in the hills east of Briscol. It consists of a number of farms and houses. The village is adjacent to dense, high forest with little creeks and a rich wildlife.
In the village stands a monument. And it stands there with a reason
On December 27 1944, when it appeared that Grandmenil could not be conquered through Manhay the Germans decided to change there plans.
On that day, at exactely midnight, the 6th Panzer Army drew to the hills, together with the 12th SS Hitler Jugend Panzer Division and 25th SS Panzer grenadier regiment. The 2nd SS Das Reich Panzer Division followed with Kampf Gruppe Krag, which consisted of a reinforced reconnaissance battalion, canons and two infantry companies.
Without the Americans knowing it, there was a gap between the first and second battalion of the 289th infantry regiment of about 1500 meters. This gap was south of Sadzot and Briscol.
The Germans went through the untrodden forests with steep slopes and full of obstacles.

Because of poor communication ultimately at least two companies of the 25th SS Panzergrenadier Regiment succeeded to get through the gap of the Americans. They followed the creek to Sadzot, where they arrived at 02.00 hours.

The confrontation that followed, was confusing for both parties, because the radios of the Americans did not work either. German artillery fired on their men statements and all troops fired at all.

Howard Werner, 87th chemical mortar battalion; company B: Howard Werner, 87th chemical mortar Battalion, Company B:
The Germans arrived on December 28 at 02.00 hours at the edge of Sadzot.
Corporal Bill Cummings, of Werners battalion, just had token over sentry duty. He did not know that Germans crawled to the first two houses, where Americans slept, and they had their throats cut. When Cummings saw the Germans attack, he ran away to warn the others.
In the last house, where Cummings stormed inside, Howard Werner slept and so did his Platoon. It consisted largely of replacements, who had no experience in warfare. It costed some of them their lives. Cummings was later slain by fire of machinegun.
Werner and his Platoon began firing on the advancing Germans. A grenade came through the front door, next to the window where Werner had fired on the enemy. Werner ran to another room and hastely closed the door, while behind him the grenade exploded. Not knowing what was behind the house, the Americans jumped out the window to the outside, while the Germans to the front stormed the house and opened fire.
Meanwhile, Lt. Gordon Byers spotted a US tank with a machine gun on it and runs towards it. He orders the tank commander pull up, but the man refuses. Byers pulls his gun and now the commander runs in the direction Byers wants. The tank drives to the edge of the village and Byers fires the machine gun until he has no more bullets.
Howard Werner’s Platoon run off the road in the direction of the 509th parachute infantry battalion, but they think that they are Germans, resulting one casualtie. The 509th is alarmed by General Hickey who orders to attack. The message that the village had fallen, has proved to be incorrect.

The 509th attacks and with success: the paratroopers face immediately Krag troops and the Germans are enclosed at 11.00.
On December 28, at dawn, General Hickey tries to close the gap with the 2nd battalion of the 112 e infantery.
But this group got lost. The gap remained open.
The following day, December 29, Hickey thought that the 112th had reached a good position and pulled the 509th with six light tanks into action. The Germans had managed to reorganize and a confrontation followed and light tanks were destroyed. The paratroopers withdrew back, just as the Germans.
During the following day, December 30, Hickey worked out a coordinated attack. In the evening he surpassed the Germans and eliminated them so that the gap could be closed.
It was the last serious attack of the Germans.

In Henry Werner’s Platoon of 70 men, 17 men remained. The restwas killed in action, wounded or captured.

The Battle of the Bulge 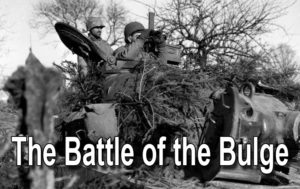 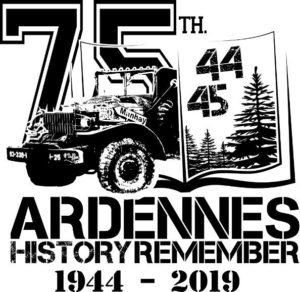